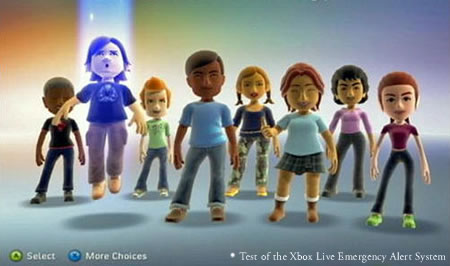 What greater need can a game console be of as compared to a life saver? New York’s Deputy CIO, Rico Singleton is aiming for a greater connectivity to game consoles, in times of crisis, so as to use it as a medium to alert and reach out to youngsters who spend most of their time on these consoles. “The goal is to reach younger residents who spend more time on the Xbox, PlayStation, or Wii than with television or radio.” It’s a nice thought but then how will they go about it? There is word around that there will be some kind of system that will pop up alerts on game consoles as and when the need arises.

Local authorities will be put in charge of relaying these messages across. Whether you feel it more important to quit your game and run for your life is your decision alone.
[Hot Hardware]