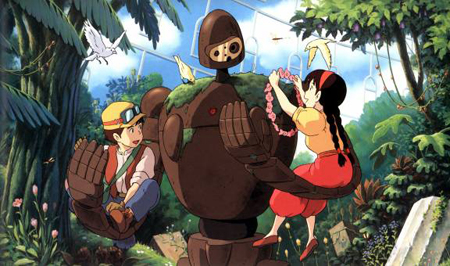 Japanese movie, ‘Castle in the Sky’ managed to draw more Twitter action than anything else, in a single second. The highest tweet per second record has been bagged by the company. The count now reads as 25,088 tps. The Japanese television screening of the show drew more Twitter action than Beyonce did in her previous record. To be precise it was 8,868 tps. Video after jump.

Castle in the Sky happens to be a cult animation flick that worked the trick really well for Twitter, users and of course, the TV show itself.
TechCrunch