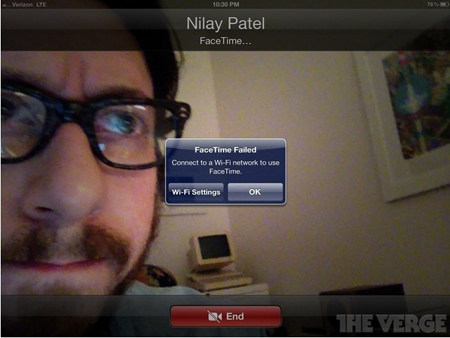 iPhone and iPad users have forever been daydreaming of making video calls over 4G and 3G networs with the FaceTime technology that was unveiled by late Steve Jobs and Jony Ive. With the new iPad that comes with LTE 4G, Apple fans are in for yet another disappointment. The third generation Apple slate will not allow video calls off a WiFi network either and using FaceTime on 4G or 3G networks will remain impossible. Jailbreakers have made using FaceTime on 3G networks possible before, though carriers aren’t too keen on enabling the same given that FaceTime calls go up to a good 3mb per minute, increasing the load on AT&T networks.