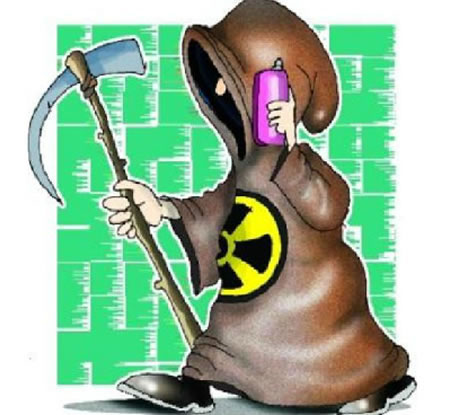 There have been reams written on the perils of radiation from mobile handsets but given the indispensability of the gadget, it’s practically impossible to shun its usage. The Indian government now is planning to enforce stringent norms through which all cellphones sold in India in future will carry radiation tags. Besides, the government will also take up the baton of educating consumers about the benefits of the hands-free option and choosing SMS over voice calls or keeping mobile calls as brief as possible.

SAR is an important parameter to be understood in this content. The rate at which RF energy is absorbed by the body is depicted by the SAR. The acceptable SAR level in India was 2 watts/kg but it has now been curtailed to 1.6 watts/kg average over a six minute period and taken over a volume containing a mass of 1 gram of human tissue. This SAR level information will now be displayed on all handsets that will be sold on the Indian shelves.
[TimesOfIndia]