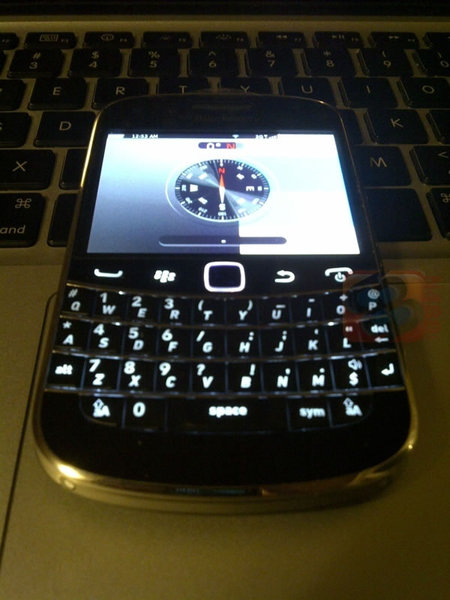 Much to our delight, it’s been a weekend of BlackBerry leaks. First there was the video of the new BlackBerry Storm 3, and now we have photos of the BlackBerry Bold Touch Dakota/Montana. These new sneaky pictures come courtesy of n4bb.com and show us an all-metal body, fitted with a 2.8 inch 640×480 capacitive screen. We’re please the BlackBerry keyboard remains while other features include: a Magnetrometer, Accelerometer and Proximity Sensor, near Field Communication (NFC), 5MP rear-facing camera and 512MB of RAM. The pictures also show the rear of the device dressed in some sort of carbon fibre, which could be for better grip or is a fancy-looking plastic.

After the PlayBook’s beefy 1.2GHz dual-core chip, we are sure RIM won’t jeopardise on horsepower, or at least we hope so! We’re please as far as appearances go, now for performance to match it and we might have a winner.
[Neowin.net]