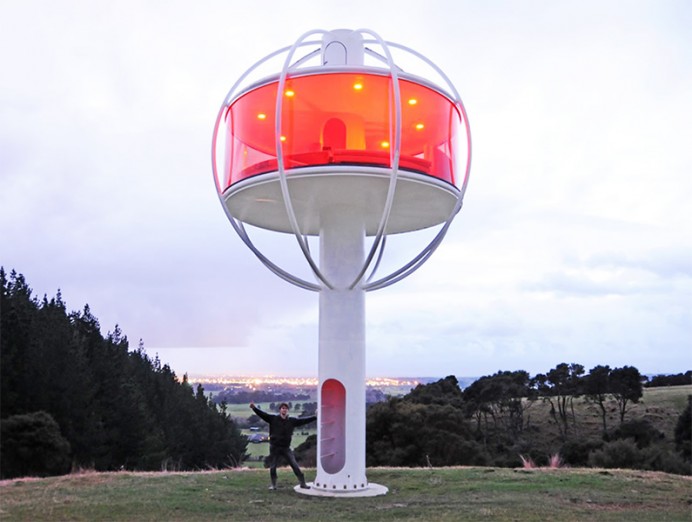 What would a cylindrical living space, comprised of a 2-meter high, 360-degree viewing window be called, some may wonder. New Zealander Jono Williams calls it a skysphere and it’s as habitable as any home in the hills. It is held up by a steel column that rises through its core, making it as safe as a vantage point on some medieval check post. A ladder leads up to the top floor and from what we see, it appears to be something that can be concealed during a zombie apocalypse. Solar panels flank the structure and ensure that living in this spherical dream-home is more sustainable. The rods feature a row of solar panels that harnesses solar energy through a row of solar panels. 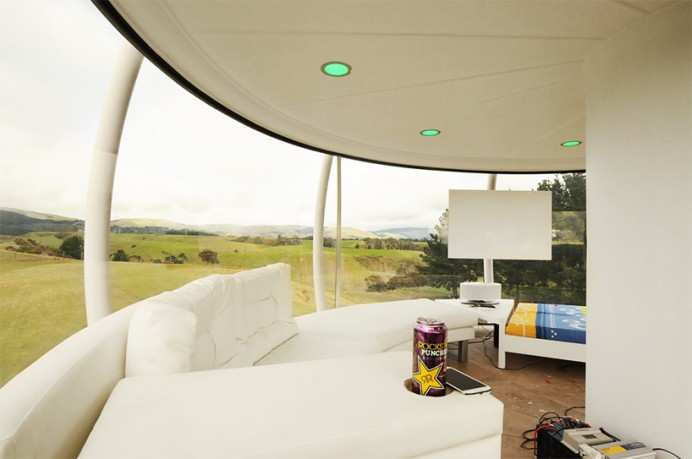 The amazing specs you would find within the skysphere include a fingerprint entry motorized door, a refrigerator, a beer dispenser embedded in the couch, a solar-power management system, a miracast projector, wireless sound system, a queen-sized bed and computer generated voice dialogs. Quite a delight. 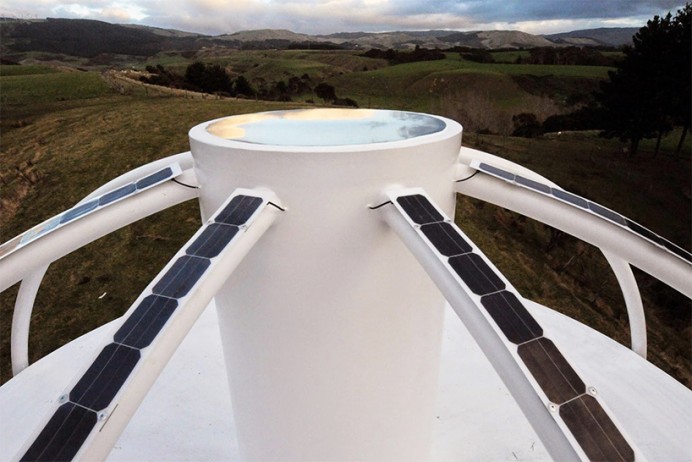