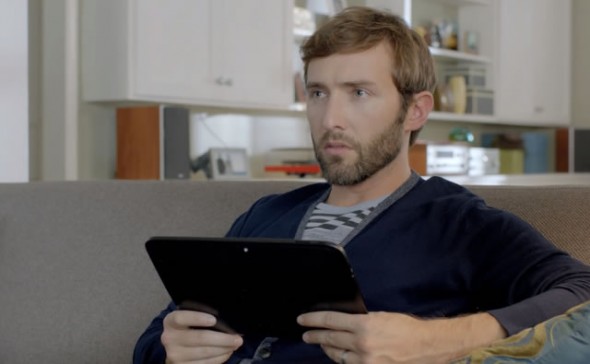 Google has aired a new advertisement for the Nexus 10, called ‘New Baby’ it focuses on the features that come along with Android 4.2 Jelly Bean. The ad features a young couple expecting their first baby and how they use the tablet and various Google services to make video calls, download books, interact with friends, etc. The best bit for me is when the husband cracks up watching the scene from ‘Knocked up’ when Katherine Heigl breaks the news of her pregnancy to Seth Rogen.