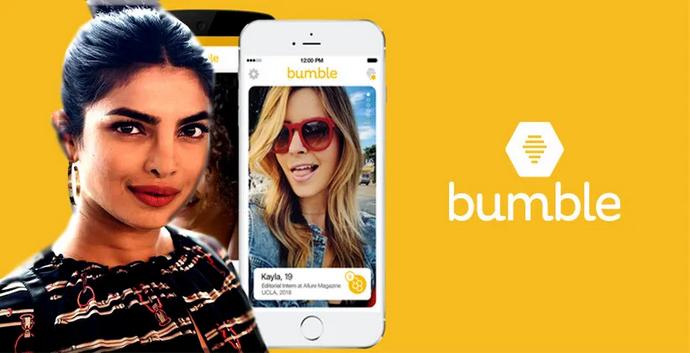 There aren’t many examples from modern history when items or apps from films or TV shows have appeared in real life. But there are a few, and one of the most striking in recent times has been the real life launch of the Bantr dating app, known to fans of the Ted Lasso series on Apple +.

It’s interesting not just that such an application was created at all, but also that it has largely retained the functionality it demonstrates in the series. It’s possible Bantr would not have attracted much audience interest. However, the fact that it was created by the developers of the super-popular Bumble service created a lot of buzz around Bantr, and has made it almost the most important phenomenon in Internet dating in 2022.

We thought we’d tell you in more detail about Bantr, the principles it works by, who should really use this service for online dating, and who is still better off choosing a more “classic” alternative. 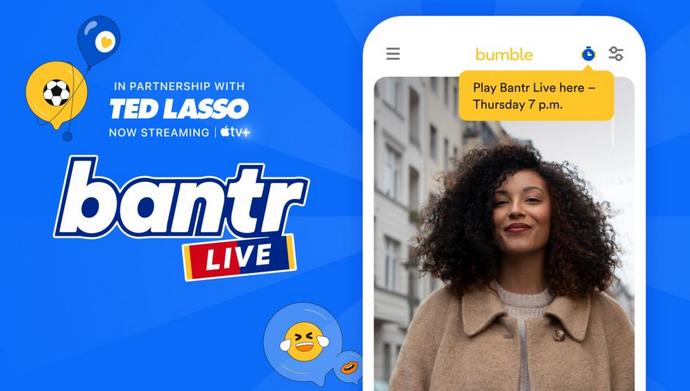 Bantr: incognito dating with a time limit
Like in the TV series Ted Lasso, the real Bantr app allows users to meet and chat, but it doesn’t show any personal information, even photos. The Bumble developers did not change this concept and are offering users the full Bantr Live dating format.

What is the point?

From October 13 until the end of 2022, every Thursday at 19:00 local time Bumble users can log into Bantr Live, which will randomly match them with chat partners. When the system finds you a match, you have only three minutes to get to know the person, learn more about them and find out if they’re of interest to you. The only information you see is their name. You can’t swipe and switch to the next person manually — you need to wait three minutes before the next connection regardless. Bantr Live takes into account location, age and gender preferences, which makes it much easier to search.

At the end of a three-minute acquaintance, the connection will be broken, and the application will ask if you enjoyed the conversation and found it promising. Only if you select “Yes” will you be able to see a small photo of the other person. If you hit”No”, the system will simply connect you with the next user. And again, you’ll have three minutes to get to know them.

Please note: At exactly 20:00 Bantr Live stops operating or finding new people for you to chat with. At this point you receive a kind of “report”, which indicates which users you hit it off with. After any such match, your chat will automatically move to the Bumble Date section, where you can view the profile of the other user, and chat with them in a more familiar format. Of course, you don’t have to be on Bantr Live for the entire time between 19:00 and 20:00. You can exit the service at any time, after which the system will notify you if there are any matches.

All Bumble users can sign up for Bantr Live directly from the app. If you’re an active user of the dating service, we recommend giving this new format a try. It won’t take much of your time, but it will give you an interesting experience and new feelings interacting with acquaintances. Bantr Live, according to its developers, will only operate until the end of 2022. Perhaps if the format proves to be very popular, it will be kept on as a permanent part of Bumble. But for now, that’s hard to guarantee, so try Bantr Live now while you can.

If Bantr is not for you: alternative dating services and interesting novelties in this area
If Badoo’s version of Bantr looks a little familiar to you, it’s not by accident. The fact is that for many years there’s been an application called Thursday, which essentially works in the same way. Thursday functions only one day a week — on Thursdays. Though on here you can see the profiles of other users, and you have more ways to communicate. Thursday is ideal for those who want to limit the use of dating services and not turn the search for a soulmate into an endless routine. Highly recommended!

Luckily for you and us, the developers of other popular online dating services are also on the move, and often implement new features to attract users and provide them with more interesting options. Let’s take a look at some of these updates:

Plenty Of Fish — a Live streams feature that lets users host so they can gather an audience of viewers, chat on interesting topics and broadcast their thoughts.

Badoo — an update to the Safety Center’s safe dating algorithm, thanks to which you can more precisely customize Badoo for yourself, easily block users and verify your profile.

Tinder and most of its analogues — adding a video chat feature. Video chat was especially actively introduced during the Covid-19 coronavirus pandemic, when people had a real lack of face-to-face communication.

Among other things, there’s now a lot of talk about metaverses, which in the future may become the future of web dating. Tinder’s developers were among the first to talk about creating their own metaverse. Talk about Tinderverse began almost immediately after the announcement by Mark Zuckerberg of the development of the Meta Metaverse.

However, today metaverses are more of an exciting theory, and very far from real practical implementation. And the main sticking point is not the complexity of the technology, but the cost of high-quality VR equipment. Not everyone is ready or able to pay more than $1000 for a virtual reality helmet to meet people in a virtual world. Especially considering that there is a much more affordable, albeit not entirely technologically advanced solution — a computer game and part-time platform for online dating called VRChat.

The problem with future metaverses (as well as many modern dating services) is that you usually don’t see the other user. Often communication is carried out exclusively by text. And information about the other person in most cases is limited to data from their profile. Therefore it’s extremely difficult to objectively evaluate a person. However, this disadvantage of modern web dating is easily solved by another communication format — online video chat.

Video chat: dating for those who want to see, hear and sense the other user
Online video chat means a site or application that connects random people via video. Depending on the chosen platform, you’ll have access to search settings such as gender, language, location, list of interests, etc. In one sense, the principles of operation of Bantr Live and online video chat are similar, but the second option gives you more freedom.

Among popular random video chats, we can recommend the following:

Meowchat — a dating app with built-in video chat and user video clips instead of boring “static profiles”. The application has a good rating and several million downloads.

CooMeet — an online video chat service with an exclusive gender filter, thanks to which this site connects men only with girls. An excellent choice for promising romantic acquaintances. Plus, CooMeet has user-friendly mobile applications and a built-in text message translator.

Emeraldchat — a combination of dating app, random chat and classic messenger. It’s a feature-rich platform, though for many, a lot of the functionality of Emeraldchat may be redundant.

In any case, the choice of online platforms for dating and chatting on the web is now simply huge. And new functions appear with an enviable frequency on existing services. Therefore, stay tuned for updates so as not to miss the most interesting developments — the future holds many more interesting things!

Give Bantr a try… while it lasts!
The launch of Bantr Live is a really interesting precedent. Especially for Ted Lasso fans. But even if you haven’t watched the show at all, you might like Bantr. After all, a new format for dating is always interesting.

On the other hand, we all understand that interest in something new can be very short-lived. A vivid example of this is the Clubhouse application, which became phenomenally popular in an instant, and yet after just a month, everyone completely forgot about it. So far, it’s hard to say if the same will happen with Bantr Live. But while there’s interest in it, we recommend trying it. In any case, you can always return to your usual dating app or your favorite online video chat.