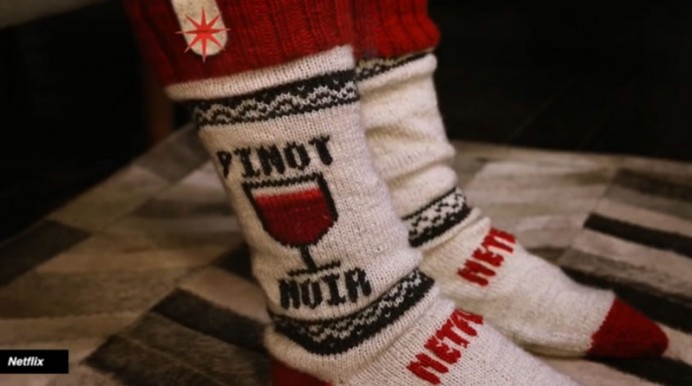 Netflix Socks pauses your TV stream when you fall asleep

Not everyone’s cut out for a movie or television series binging session that runs into the next date. Very often you wake up all groggy only to catch the last episode and watch helplessly as the spoiler unfolds before your eyes. To keep this terrible tragedy at bay, Netflix has introduced intelligent socks. When worn, these warmers will detect when you fall asleep and automatically pause the show or movie you are watching on Netflix. Basically a prototype product, the Netflix Socks come after The Switch, a wireless button that was used to synch your Internet-connected devices. Well, if you think this would make a rad gift this holiday season, then hold on. Netflix requires you to knit your own socks and figure out the wiring yourself. So much for a customized fit.


Netflix put it rather simply, “Never again will you binge-watch yourself to sleep, only to wake up two seasons later wondering what happened.” If the knitting part has turned you off then you should take some solace in the guide that the company packs along with the sensor.