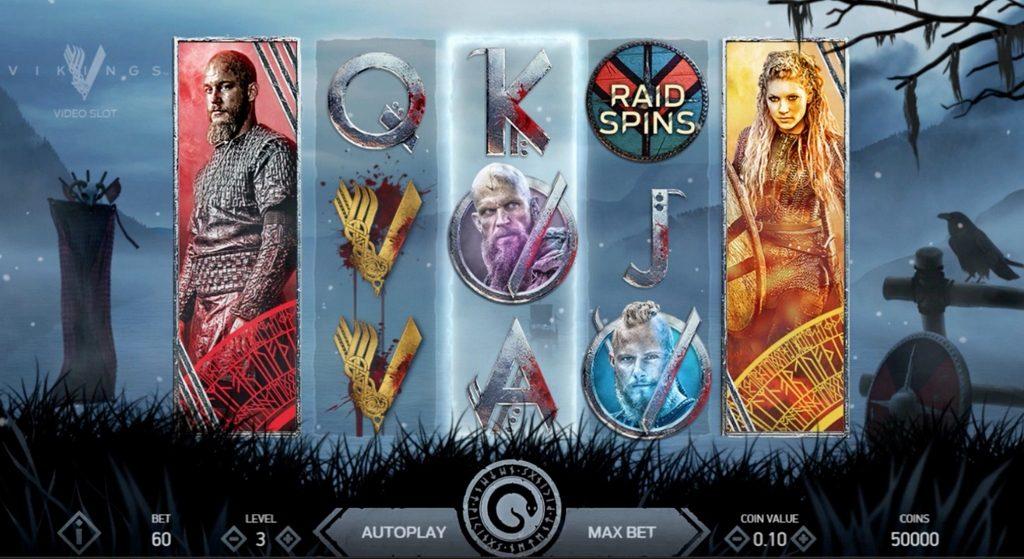 Slot games developers NetEnt have released their video slot based on the Vikings TV series. The online casino giants secured the rights to the History Channel franchise in early 2017. The game, which is playable both on desktop and mobile devices, incorporates numerous references to the show, using characters and music from the series. Stylistically, the slot has a dark and mystic ambience which is reminiscent of NetEnt’s other Norse-themed games.

The Vikings slot has already proved a hit amongst those game sites currently featuring it. NetEnt casino games are often reported to be amongst the most popular in online slot libraries from British and Nordic casinos, and new releases like Vikings tend to be amongst the most frequently played. NetEnt, a publicly listed company based in Sweden, has a number of competitors. Most notably, industry rivals include QuickSpin, Play ’n’ Go and Microgaming. By striking a deal with Vikings producers, NetEnt has prevented competitors from creating their own Vikings casino games.

Basing a slot on the critically acclaimed TV show is a calculated move on part of NetEnt, considering that the show’s viewer base matches the target group of online casinos. Video slots are most popular in the age group 25-44. Viking’s viewerbase, meanwhile, is primarily in the age range of 18-46 and, just like the audience for online casinos, is one third comprised of women. The show’s genre of drama and adventure also translates well to online slots which appeal to thrill-seekers seeking a story element to their casino experience.

NetEnt’s Chief Product Officer, Henrik Fagerlund, says “It’s a classic and historical theme packed with action that we’re sure players will enjoy.” In addition to the developer’s Vikings slot success, NetEnt have also secured the rights to create a slot based on hit show Narcos, which we can expect to see in 2019. Whether NetEnt have more slots based on contemporary TV shows in the works remains to be seen, but Vikings and Narcos could well be the beginning to what will become a trademark appeal of the Scandinavian slot developers; namely, games based on the ongoing and popular TV series