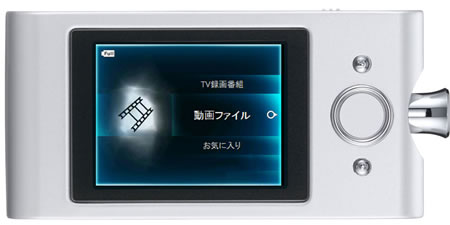 NEC Japan has announced VoToL (Visual On-demand Tool Of Life) a compact PMP with a 1.8 inch 30 GB Hard drive. It has a large 2.7 inch LCD display (320 x 240 pixels) and supports a variety of video formats including WMV, MPEG-2/MPEG-4 (SP/ASP) and Divx. For music playback the following formats are supported MP3, WMA, WAV, Ogg, Vorbis and AAC. With the included SD card slot you can transfer images. The VoToL includes an advanced translator with speech recognition it can translate from Japanese to English and English to Japanese. Just press the OK button and speak the word or phrase to be translated and in an instant the translated text is displayed on the screen (refer image after the jump). When charging instead of the boring battery indicator a water animiation is displayed which indicated the remaining battery life.