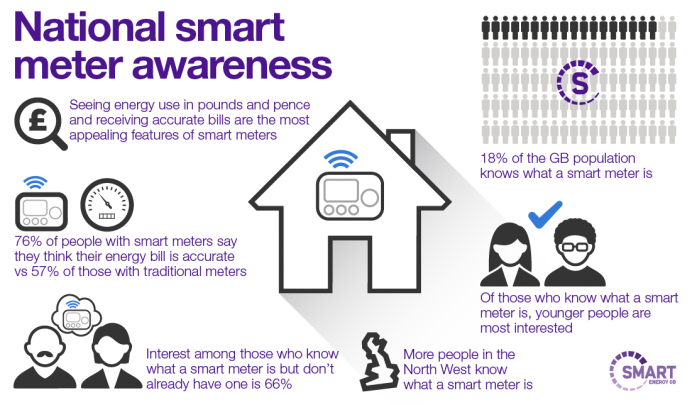 A new infographic released from Smart Energy GB shows that a majority of people who have one find them accurate, with 76% trusting the information that they give as opposed to 57% who think the old system does a good job. It also shows that unsurprisingly gadget-friendly younger people are more interested in the device, and that 59% of people who have heard of one would like one. The northwest is more clued up about smart meters, and the main appeal of having one is in being able to count up your energy usage in pounds and pence, the graphic shows.