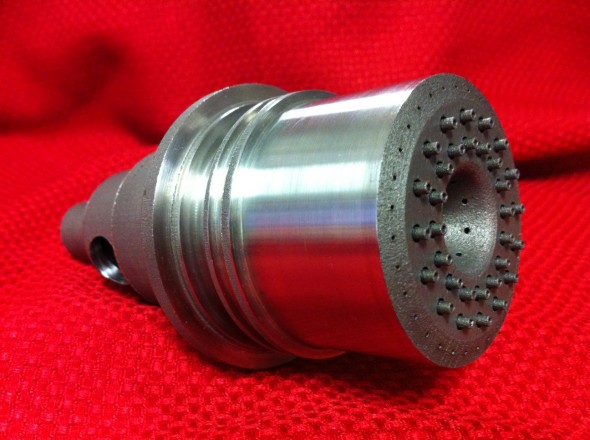 We at NewLanches absolutely love the 3D printing technology and it keeps surprising us every time something new comes up. But, if you think all you’ve heard about it until now was cool then wait till you hear the latest development which has taken it to an all new level. NASA has recently finished testing a rocket engine injector, which is considered as one of the most crucial components, made through 3D printing. The tests conducted at NASA’s Glenn Research Center in Cleveland were a thumping success. Aerojet Rocketdyne, West Palm Beach, FL, designed and fabricated the injector by a method that employs high-powered laser beams to melt and fuse fine metallic powders into three dimensional structures.


It takes only 4 months to manufacture the injector as compared to a year using traditional process and cuts the cost of production by as much as 70%. NASA recognizes this as a game-changer and will potentially transform the way rocket engines or even complete spacecrafts will be made in future. This success has paved the way for experimenting with bigger components and developing full-size 3D printed space-rocket parts.