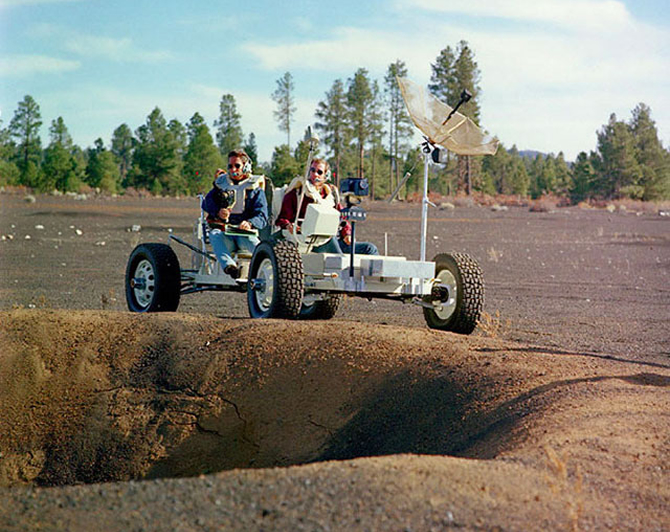 NASA’s fake lunar surface in Arizona has our paranoia tingling

It’s necessary for the overlords of space exploration to experience what they could be going through when out there, before actually getting there. That’s why we have these enormous efforts to create training sites for astronauts, so that they can explore the environment and get a lay of the alien land before actually going there. One such site lies in Arizona, called Cinder Lake. Created by NASA, this place offers a “simulated lunar environment” to test lunar rovers and other space equipment. It took four days of controlled explosions for the USGS scientists to create this 500 square foot environment. It houses about forty-seven craters (from to forty feet in diameter) to simulate a 1:1 scale of a specific location on the moon, in a region that’s called Mare Tranquillitatis.


All said and done this looks pretty neatly made with details and all. But then comes the giant conspiracy from the past, breathed back to life. Did our rovers actually rove the surface of another planet or was it amateur video footage from one of these simulated grounds? Fake space landing philosophies never cease to interest.

Says the paranoid man, “That’s the ruddy moon we’ve all been harping about!”