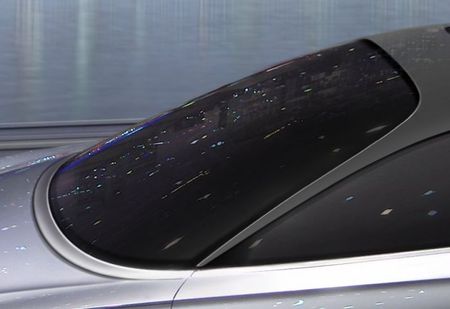 Nanotechnology windscreen-Cleans itself without wipers.

When did u last wipe your windscreen? May be just a few hours ago, what if there is no need for you to do that anymore. No need to change the wipers after summer, even a speck of dust bothers many car owners. Italian car designer Leonardo Fioravanti (who worked for Pininfarina for a number of years) has developed a car prototype without windshield wipers. This amazing technological feat is made possible thanks to the use of 4 layers of glass modified using nanotechnology.

The first layer filters the sun and repels the water. The second layer, using ‘nano-dust’ is able to push dirt to the side. The third layer acts as a sensor that activates the second layer when it detects dirt, while the fourth layer is a conductor of electricity to power this complex mechanism.
Source