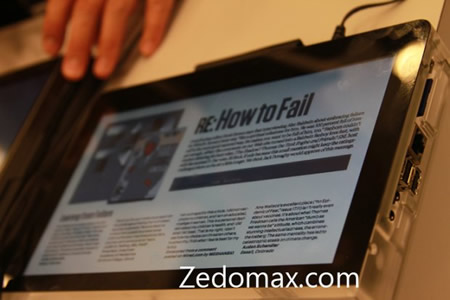 A mysterious and unknown Google Tablet running an Android OS made an appearance at the Web 2.0 Expo recently. While I’m sure there must be quite a few of these unknown prototype devices out there, what the blogger who did happen to get pictures and video of the device wanted to point out was what the tablet was capable of. The tablet was ‘found’ at Adobe’s booth and it was apparently running Flash without a hitch. We know that Google intends to go with Flash support even for their Android mobile handsets, so this isn’t a huge surprise, but the tablet itself is. Word is we can expect to see quite a few Google tablets with Flash support by the end of the year.
Crunchgear