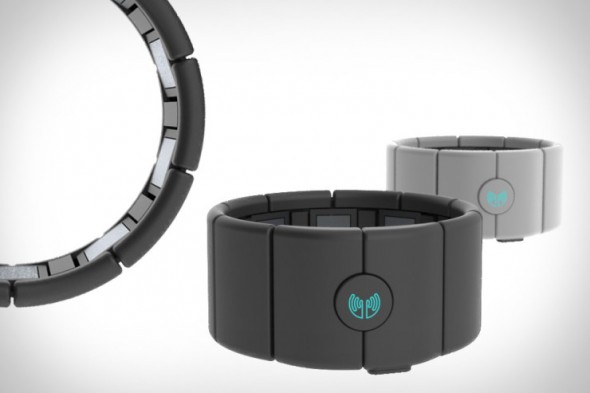 MYO Armband uses your arm to control your computer

Gesture controlled computing is both, convenient and scalable to a world of new possibilities. The Kinect inspired several innovations in this sphere and now we have the MYO Armband. It uses a new technology interface that leverages the electrical impulses in the muscles of your forearm to control your computer. Being paired with a motion detector, this armband follows your arm motions with best precision of your digits and the forearm as a whole. It is so capable that it can easily project a motion, via muscle impulses, before the motion is actually executed. The control continues to expand possibilities with the possibility of an API that will make it work with PCs and Macs.


The MYO armband is expected to release later this year for as low as $149. Given its capabilities as a controller, you could well make it a worthy investment. It can be pre-ordered now as well.