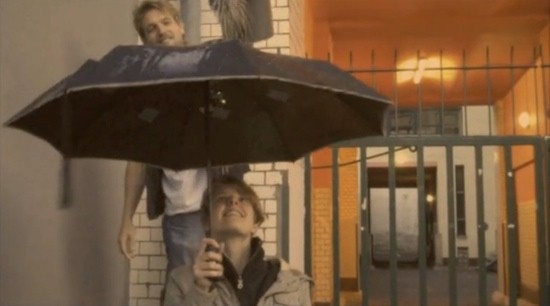 While it takes musicians years of practice to perfect an appealing tune, it only take an umbrella a few sensors, arduino Uno and raindrops for some to create music that resemble soundtrack for the first gen Nintendo Game Boy. Two Berlin-based hackers Alice Zappe and Julia Lager have created an umbrella which produces random series of lo-fi 8-bit tones and they showed off their creation at the Music Hack Day. The umbrella has piezoelectric sensors duck tapped to the Arduino Uno connected to a pair of speakers on the inside, so when the raindrops fall on the exterior surface of the umbrella canopy, the piezoelectric sensors respond to vibration thus creating the melody.


There is no word on whether the hacker duo has plans to make their musical umbrella a real product that can be bought off the shelves, but yes the two will be working on an improved version of the prototype they showed at the Music Hack Day. The new version will have the sensors, speakers etc properly wired instead of being taped together, like in the prototype they showed. 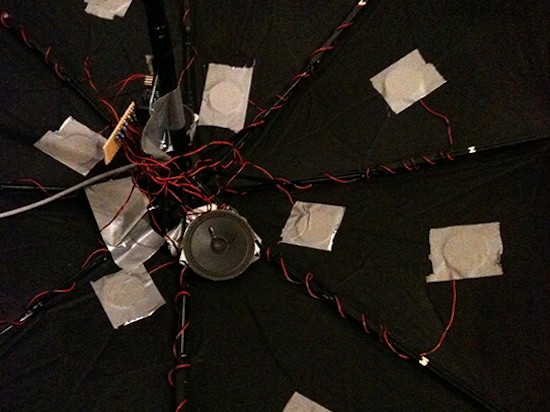 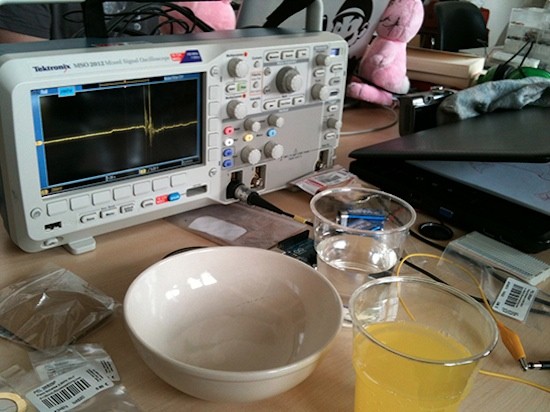