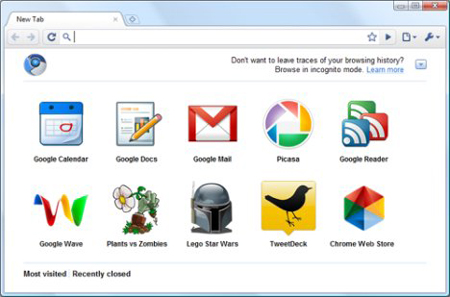 The Google Chrome App store is all set to roll out its Web App Store and that’s the opportune time for those at Mozilla to roll out their announcement on a scroll of spikes. It heralds the arrival of Mozilla’s App Store early next year. Back when the day was Monday, Mozilla stated that its Open Web App Ecosystem would be ready as an “integration release”, sometime in the first quarter of 2011. Both, Mozilla and Google seek to roll our OpenID Web Apps.

An App ecosystem is the least likely war we could predict between two names, this large. The advantage of these Web Apps is that they will run across browsers.
ComputerWorld