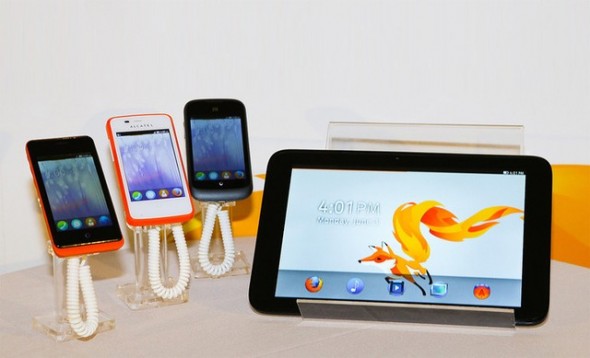 Mozilla Firefox OS tablet gets confirmed, to be built by Foxconn

Foxconn’s build of the all new Firefox OS tablet, from the house of Mozilla, was making its rounds on the rumor mills for a while. In fact, one report stated that there would be as many as five devices that would roll out, running the new OS. So, it’s totally not surprising to hear about an all new Firefox OS-running tablet, which made a silent appearance at Taiwan’s Computer 2013 event. It was spotted on a desk, beside a a Foxconn employee and seemed to have caught the attention of the significant few, who viraled word of it to the world. What has been confirmed is that Foxconn is in the process of developing the tablet, running the new OS. There’s no word on the detailed specifications of the device as of now. What was noticed at the event though, was that the tablet came within the 10-inch segment (how many larger devices do we see anyway?).


Mozilla is yet to make an announcement about the tablet and everyone’s eyes are directed in their direction. Foxconn may also extend their product lines to offer accessories so that it does not have to rely on Apple’s sales alone.