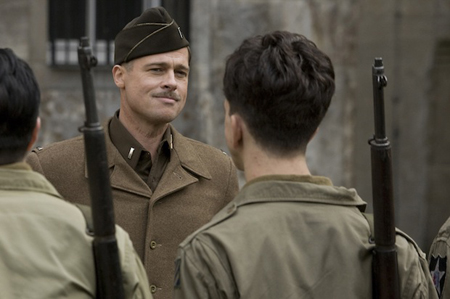 We aren’t too sure why we didn’t start speculating about this earlier but now that the rumor is out everyone wants a slice of it. So do we! Brad Pill will play John Marston in the Hollywood adaptation of Rockstar’s popular game, Red Dead Redemption. There’s nothing more we could call surprising this bright Friday evening. In addition to this we hear that Pitt will require ‘100 Nazi scalps before he considers the role’. This is quite interesting a proposition for Pitt fans who like him in his un-Nazi avatar in the move Inglorious Basterds.

Some sources rubbish this as just lame-ass rumors while some were saying “This is an exciting project with a great character at the center of it. The idea is to make this in the style of an epic Western movie but with a few modern touches.”
Source