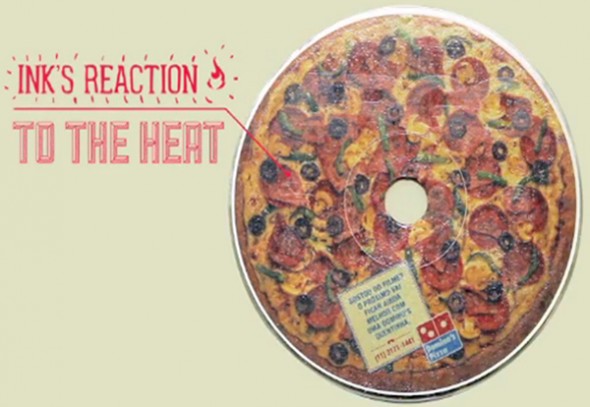 It’s good to be tempted. But its even better to conquer the surge by satisfying your needs. That’s just the thing we have to share with you through this awesomely delicious post. Domino’s Pizza went all bold and rolled out a DVDs that were made to look like little pizzas. That’s not all. They also worked out a smart idea with Artplan Sao Paolo in Brazil where a message was etched on the pizza that read, “Did you enjoy the movie? The next one will be even better with a hot and delicious Domino’s Pizza.” The pizza joint ran this campaign in partnership with 10 video rental stores in Sao Paulo and Rio de Janeiro. They used 10 discs, each of different new release titles including Argo, 007, Dread And Dark Knight and stamped them with thermal ink and flavored varnish, both sensitive to the heat. When the DVD heated up in the player, the irresistible aroma of pizza was let out and behold, everyone worked up an appetite.


I wonder how many people this thing must have scared silly, given that not many take kindly to a DVD player that smells baked. But then the eventual message did go out and many have gone on to indulge in a pizza, just to satisfactions’ sake.