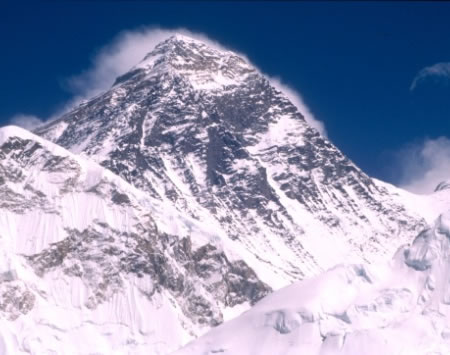 China Mobile has selected Huawei Technologies to install a GSM Base Station on Mount Everest. The base station will offer mobile network coverage for the Beijing 2008 Olympic Torch Relay Team that plans to reach the summit in time for the Olympic Games. “We are delighted to cooperate with China Mobile to build the highest mobile telecommunication network in the world and to help the 2008 Beijing Olympic Torch Relay Team reach the summit of Everest safely,” stated Mr. Yu Chengdong, President of Huawei Mobile Networks. “As an industry-leading mobile network equipment supplier, Huawei has a lot of experience in network construction, and the company remains committed to taking mobile networks to ALL-IP FMC.” The base station will be built at an altitude of 6,500 meters and the mobile telecommunications network will cover the base camp on Everest and the main route to the mountain’s summit.

Besides the benefit to the Beijing 2008 Olympic Torch Relay Team the base station is likely to help the Natural Extreme Challenge Events, one of China Mobile’s partners, and other mountaineers. Earlier this May, a British mountaineer made the world’s highest mobile phone call from the summit of Mount Everest. The 2008 Beijing Olympics torch relay will pass from Lhasa to the top of Mount Everest, being carried to the summit by the Chinese Army.