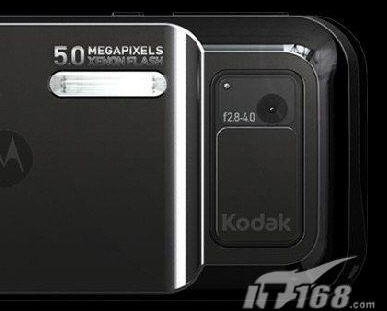 The above picture is of the Motorola Zine Z12 cameraphone claims Chinese website IT168. The phone will come with a 5 Megapixel camera made in collaboration with Kodak, Wi-Fi and GPS navigation. The Moto ZiNE Z10 is not yet official announced by Motorola but bits of information on the phone keep on leaking from time to time. If the picture is for real is highly doubtful as earlier reports suggested that the Motorola ZiNe Z12 would be a clamshell however the picture is indicating it to be a slider.

We can hope to see more of the Motorola ZiNe Z12 at the CES or 3GSM in Barcelona next year.
Source