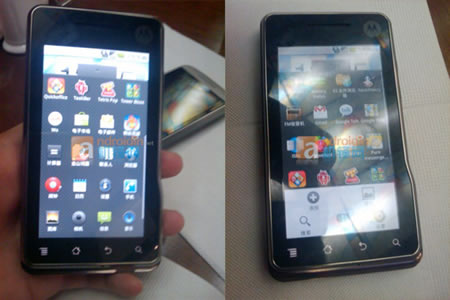 Motorola Sholes Tablet sneaks out to China under XT7021 alias

Motorola is on a roll with Android devices and more coming out the wahzoo. The latest device the Sholes tablet that’s a bit like their DROID handset that comes sans QWERTY keyboard but with the 3.7-inch screen was spotted in China under an alias. The XT7021 aka Motorola Sholes Tablet was seen sporting an Android version 2.1 OS. Its other features include a 5 megapixel shooter with what appears to be a Xenon flash for those Kodak Moments to be shared and an FM radio was also thrown in. It also has a 3.5mm handsfree socket and of course the entire host of Google’s services would be present as well including a GPS antenna for Google Maps hopefully with Navigation. There’s even talk of the XT7021 being equipped with an HDMI port. That bit of information hasn’t been confirmed just yet.
[Engadget]