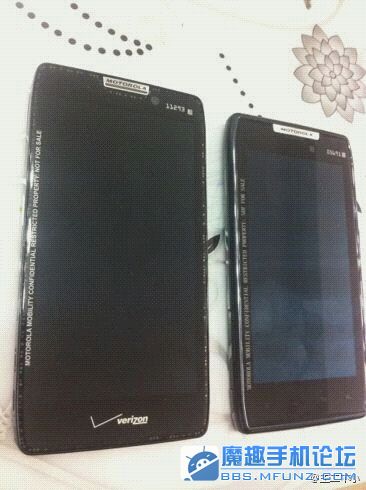 Motorola’s next high end model seems to have leaked n Chinese forum PhoneHK. It is believed that the handset packs in the same battery as the RAZR MAXX with a staggering 3300 mAh. Besides that, it seems to have a 4.6″ 720p display panel and also ditches the capacitive buttons for on screen virtual keys as implemented in Android 4.0 ICS. A word on the street also suggests that this will only be a variant for the current Motorola DROID line of phones and will debut on Verizon’s LTE network on 12th April.
Via: BGR