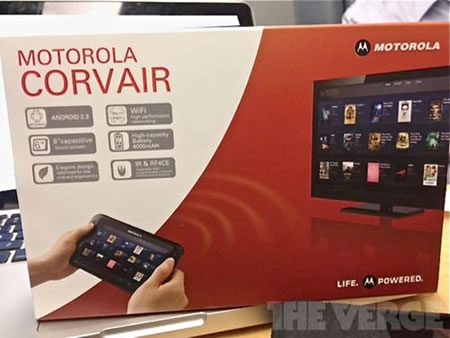 Motorola Corvair is a tablet remote controller running on Gingerbread

The legendary Steve Jobs had envisioned an Apple TV running IOS and Siri while integrated seamlessly with Apple’s cloud storage and iTunes. Its arch rival Google also read Android has also chalked out plans for total digital media domination. Slowly showing us the complete picture is the Motorola Corvair a six inch tablet running Android 2.3 (Gingerbread) which is much more than an advanced remote control. The heavily customized hardware could control a TV or a DVR set-top box directly through conventional IR but also ZigBee-based, no-line-of-sight RF4CE technology.

[Continued after the jump]

It may even have the option of streaming Internet content to the TV via Wi-Fi or even stream TV contents to the remote via Wi-Fi. Motorola and Google both are tight lipped about this upcoming device but we are guessing Motorola might throw some more light on it at the CES show in Jan 2012. 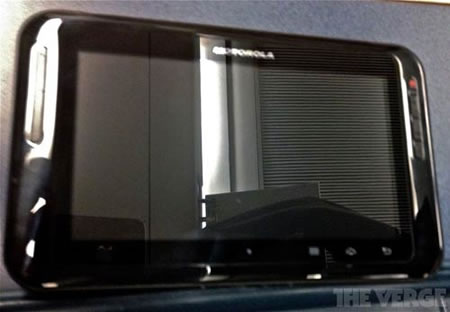