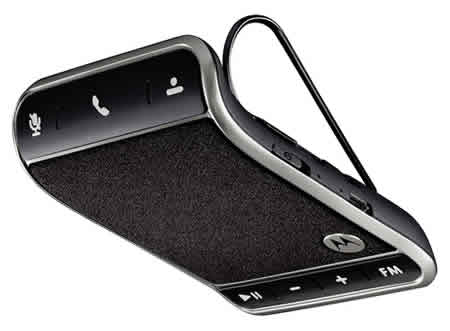 Motorola has come back from the brink of collapse and has been launching Android powered handsets almost on a bi-monthly basis and it’s getting harder to keep track. Just today we heard about the newest addition to the Droid range the Motorola Droid Pro and then AT&T announced three more Moto Android powered handsets, and the very latest is in the accessories department with three new Bluetooth powered phone accessories – the CommandOne and Finiti headsets and the Motorola Roadster in-car handsfree speaker that can be clipped onto the visor above your seat. It’s equipped with dual-microphones for noise cancellation support and also comes with an FM transmitter so you can stream calls or music to your car’s stereo. This can be a bit redundant if your handset already has an FM transmitter and it also means draining precious battery power running two Bluetooth devices. Motorola should have just incorporated FM transmitters into their handsets. However as an added bonus if your handset is running on 2.2 Froyo, MotoSpeak for text-to-speech and speech-to-text can be used. 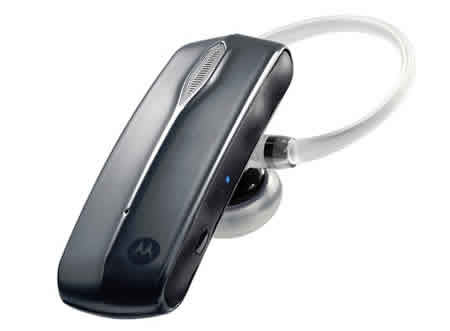 The handsfree headsets announced are mono since they just announced their S10-HD stereo headset only recently. Both the CommandOne and Finiti come with MotoSpeak and CrystalTalk support to enhance their usage capabilities. They also feature MultiPoint connectivity meaning you can have two mobile hooked up simultaneously with a convenient swapping function built in. A verbal command setting allows you to have your hands on the wheel, if driving, and take or reject calls with simple voice commands. The Finiti adds a couple of additional features like stealth-mode (translates throat vibrations into speech, great for the gossips) and the company says even a 40mph wind won’t stop you from having a clear conversation. All three devices are expected soon, prices are yet to be announced.
Slashgear