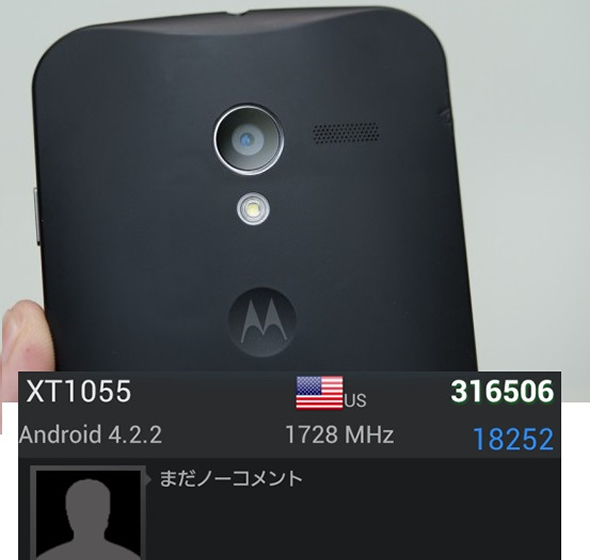 Word on the Motorola X Phone and its insane capabilities have left many people shell-shocked. Some rubbish it as claim but others simply want to snap every unannounced device from the house of Motorola and pray that their capture is the next biggest flagship smartphone release. Antutu Benchmark showed what was called the Motorola XT1055 that was rigged with a quad-core Qualcomm Snapdragon CPU, clocked at 1.7GHz 60, running Android 4.2.2 Jelly Bean, and a rear speaker. Antutu did not really marvel at its specifications, which means that this may most likely not be the illusive X Phone. However, time will tell a truer tale.