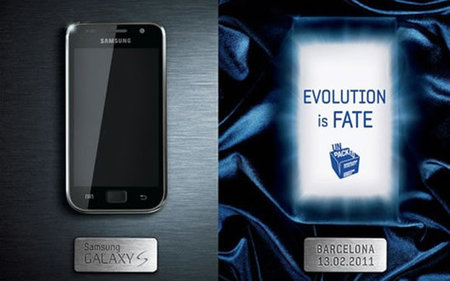 Thanks to our friends at a South Korean website, we have some new inside scoop on the Samsung Galaxy S successor. The Galaxy S2, if that’s what it will be called, is expected to pack in a dual-core CPU and an 8 megapixel camera with 1080p FullHD video recording.

The image supplied comes from another leak-source. The Galaxy S2 will operate on Android – 2.3 Gingerbread and will be based on Samsung’s custom dual-core Orion SoC. The platform uses two ARM Cortex A9 cores both running at 1GHz much like in NVIDIA Tegra 2. Graphics are expected to see up to 5x improvement compared to the Hummingbird SoC so it might as well be the PowerVR SGX543. Other features of the next-gen Galaxy include a 4.3″ WVGA screen with Super AMOLED plus technology, NFC integration and all this is packed into 9mm of thickness. Definitely the company’s next evolution phone.
A second teaser will be release on February 1 while we have to wait until February 13 for the official announcement.
[GSM Arena]