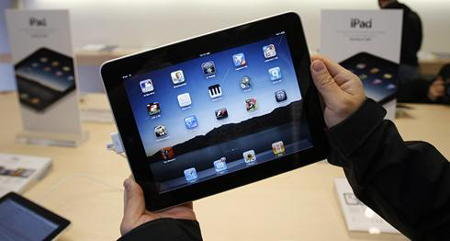 It is fact enough that the iPad is getting a major round of additions on its already awesome figure to be more tempting for the few who are abstaining from its coolness. There was silence from an Apple representative on the same but there is a report that states that the new iPad could well pack both, a front and back facing camera. So we have the whole prospect of FaceTime audio/video chats with your contacts still alive in the newer version of the world’s favorite tablet. What’s more is that we can also expect Verizon to use this device to dish out their much wanted 4G networks as well. We heard of the earlier prediction not too long ago but wonder how concrete the agency source can be.

It seems to be a bit too much, as far as the 4G network comes into play but the iPad’s next rendition can easily accommodate two cameras to make communication less of a bitch than it already is.
USAToday