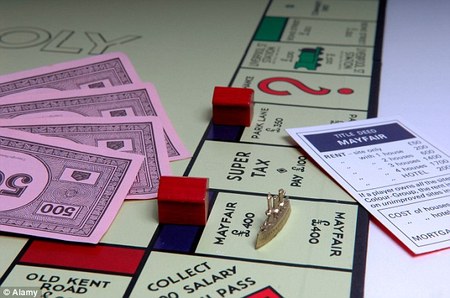 Get ready for the online version of Monopoly. Google is teaming up with the world’s biggest board game manufacturers to create an online version of the popular game of Monopoly. Google has approached Hasbro to develop the game which will use Google Maps as a board so players can choose from millions of streets around the world to buy. Now that is really awesome! The online version will be the same except that the players will be able to build skyscrapers and football stadiums apart from the traditional boring houses and hotels. Cool can’t wait for it to come and build a 200 storey skyscraper in my name! The Chance cards will also give players the chance to build prisons and also rubbish dumps their rival’s streets. The game is free and you will start with three million dollars and guess what is up for sale! Downing Street for $231,000 and the Pennsylvania Avenue in Washington for $2 million dollars. Hey! That is where the White House is! Rent is paid automatically ranging from $50,000 to $100 million. So let’s get started and build an empire and put behind the harsh reality of recession behind.