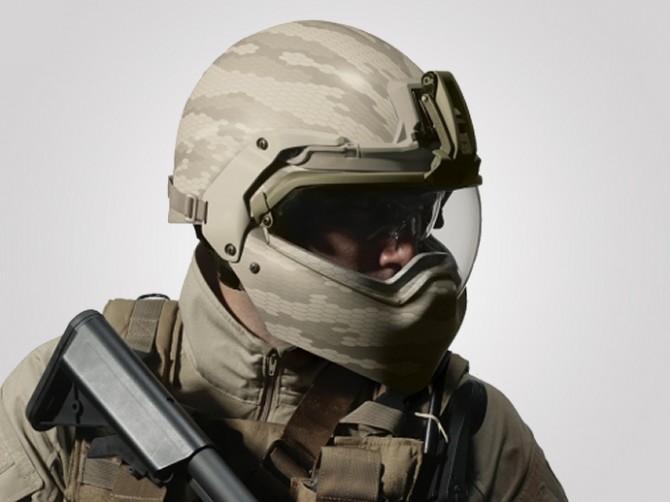 Ever wondered how the US soldiers’ gear is going look like in the future? Don’t worry; you aren’t the only one who wants it to resemble the Halo suit! Even the US Army is contemplating or rather testing a headgear which loosely resembles the Halo helmet. Kevlar and other similar kinds of armors aren’t light weight and that’s one of the major reasons why we don’t have full facial military helmets, but soldiers remain extremely vulnerable in that portion. Revision, a company best known for ballistic eyewear has come up with a new modular military helmet system known as the Helmet Electronics and Display System-Upgradeable Protection (or HEaDS-UP) which has detachable facial protection plate.

Created after almost four years of research, it is a modular version of the current headgear with a detachable face protecting 9mm plating and a Heads Up display powered by an Android device. According to a recent report, 72 percent of all head injuries suffered by soldiers are facial injuries. The HEaDS-UP helmet will better give protection to soldiers in similar situations saving them from life threatening facial injuries.