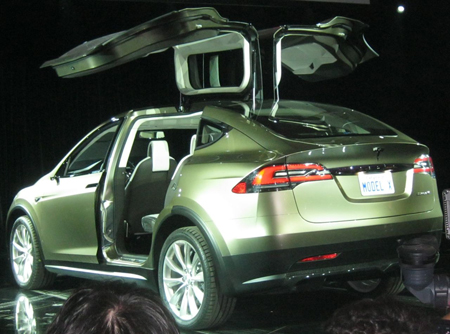 Tesla recently unveiled its latest electric offering that has indeed left us impressed. The automobile manufacturer, known for churning out electric roadsters before, pulled the veil off the Model X, a CUV version of the Model S. sticking to its crossover roots, the Model X’s batteries reside in the low skateboard, leaving ample of room in the car itself. Also, this one’s been designed to leave jaws dropped and sports gull-wing rear doors. Capable of hitting the 60mph mark in about 4.4 seconds, this powerfully built and well-designed crossover from Tesla’s stables comes with an all-wheel drive and a range of battery options to choose from.