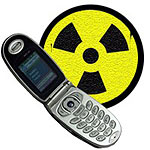 Mobile phones as harmful as cigarattes

According to British expert Professor Lawrie Challis mobile phones could turn out to be as damaging to health as cigarettes. Prof Challis is preaparing to undertake a mass study of long-term phone users amid fears they are at greater risk of brain cancer. Around 200,000 volunteers will be monitored for at least five years to check for signs of an increase in diseases such as cancer, Parkinson’s and Alzheimer’s. The chairman of Britain’s government-funded mobile phone safety research program said soon-to-be-published results revealed using mobiles was safe in the short term. The data revealed “a hint” of problems for people who used them for more than 10 years, he said. detailed follow-up study into long-term phone users was vital because the effects of cancer often took more than a decade to show up, he said.