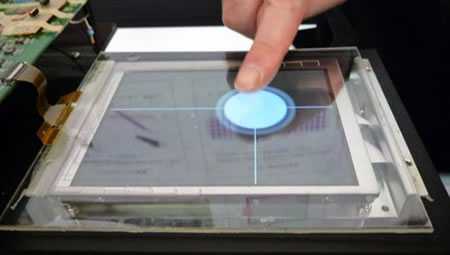 At a tech exhibition held in Tokyo last week, Mitsubishi Electric showcased a touch panel that not only reacts to the touch of a finger but is also able to measure its distance from the display. The company calls the touch panel “3D touch panel” because it can determine not only the x- and y- (plane) coordinates of a finger but also its z- (normal direction) coordinate. The prototype has a 5.7-inch screen with a resolution of 640 x 480 pixels (VGA). The prototype is intended for use in mobile devices with a small touch panel. For example, the company envisions mobile devices equipped with a “mouseover function,” which changes the image of an icon when the mouse pointer is placed on it.

Mitsubishi says that it will adapt this technology into some new devices it will be launching soon. 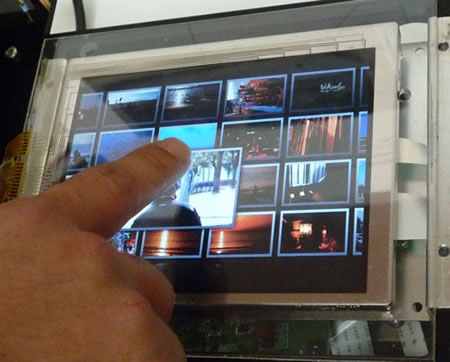