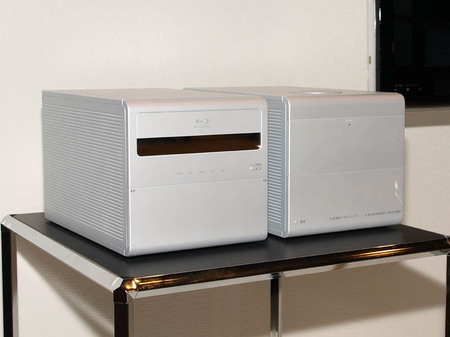 How about a TV which is super thin – 40mm to be precise and has a wireless tuner. Well this is the case with Mitsubishi’s REAL a 40 inch full HD LCD TV, it comes with a separate wireless TV tuner which reduces the clutter of cables. The display and tuner make use of uncompressed wireless communications to transmit video signals between each other. With an effective range of 30 meters you can keep the tuner well hidden away. Mitsubishi kept mum on the technical details as to contrast ratio, brightness and the wireless communication standard used for transmission. To reduce the LCD’s thickness to a mere 40mm the company halved the thickness of the LCD panel module, power circuit and inverter, etc.

Initially shown as a concept in 2006 Mitsubishi will now be selling this LCD sometime later this year. Pricing and release date are not known though. 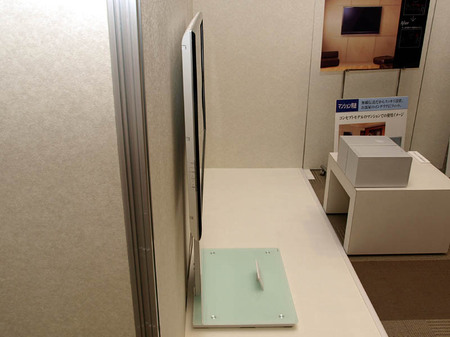 Via – Mitsubishi Japan and Impress