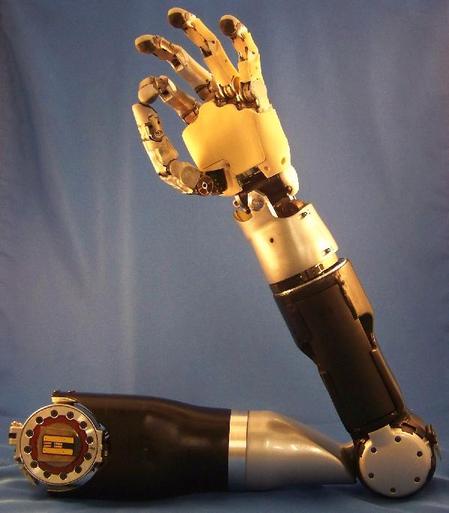 Mind-controlled prosthetic arm all set to be tested

The Pentagon in partnership with Johns Hopkins Applied Physics Lab (APL) has conjured up a prosthetic limb that can be completely controlled with the help of sensors. There’s also word that these amazing artificial limbs will also bring to life the sense of touch by sending electrical impulses back to the brain. The testing of the same is in full swing and it’s said that there are a total of 22 degrees of motion to which the arm can be subject to. Connecting prosthetics to the brain give them the freedom of movement and decision just like real limbs.

Amputees and soldiers injured in war will be the ones who will benefit most from this one. It seems that DARPA awarded a grant of $34.5 million to APL for the study and development of this arm.
[Singularity hub]