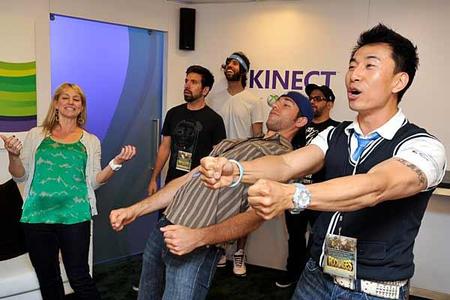 Microsoft Kinect is in the news again. This time its not for some bizarre hack or mod. The American tech giant has managed to sell more than 10 million units of Xbox with 10 million Kinect standalone games sold as well. It has bagged the coveted title of a Guinness World Record Holder and also touted to be the “Fastest-Selling Consumer Electronics Device.” It had hit the turnover of 8 million units in its first 60 days i.e. between November 3, 2010 and January 3, 2011. This means that Kinect has managed to outwit Apple’s most celebrated offerings, iPad and iPhone, in their first 2 months on the market. Among all things, these market stats at least tell us unless Apple does something exceptional, its days of pure monopoly are soon coming to an end.
[VentureBeat]