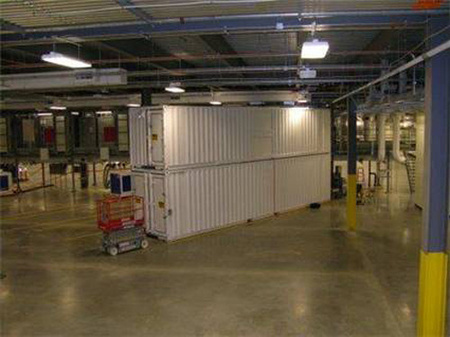 Microsoft will use an approach in which servers arrive at the data center in a sealed container, already networked together and ready to go. The container itself is then hooked up to power, networking, and air conditioning. This container looks just like the Sun container we covered a few months back about a total server solution used by Sun. Only a couple of years ago, Microsoft was adding capacity one server at a time, adding individual servers to racks and taking a couple of hours to wire in each new server.

Microsoft is also used to lease much of its space, until it realized that data centers were going to be a very big part of its future as more and more software moved into the cloud. A couple of years back, though, it found itself running tight on capacity and bought two San Francisco Bay Area data centers in which it had been leasing space.
Via [Gizmodo]