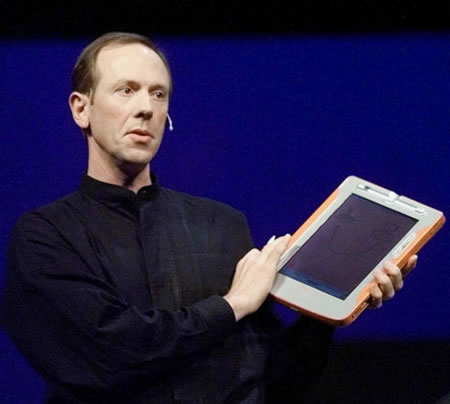 The rest of the globe has already accepted the tablet PC with arms wide open and the trend is booming. What’s surprising is that Microsoft seems to be lagging behind in this field that they were responsible for starting up in the first place almost 10 years ago. The word is that come CES 2011, Microsoft will be showing off iPad killers (haven’t used that term in a long time). Companies like Samsung and Dell will be among the many companies making these slates that will be running on a Windows platform (Android will be watching closely from afar) and we should be seeing more than just a couple of devices. Microsoft hasn’t been too forthcoming with details of these devices or their manufacturing partners.

Samsung’s device will reportedly be “similar in size and shape to the Apple iPad” but will also come with a slide out keypad. Could this be the Gloria 10-inch tablet we’ve been hearing about? The device is said to run on a Windows 7 OS and a layered UI on top. These device could also be HTML5 compliant and apps would sold on individual developers’ websites. One source also spoke of a Windows 8 tablet being showcased at CES by head honcho Steve Ballmer. Looks like CES 2011 is going to be real exciting.
[NYTimes]