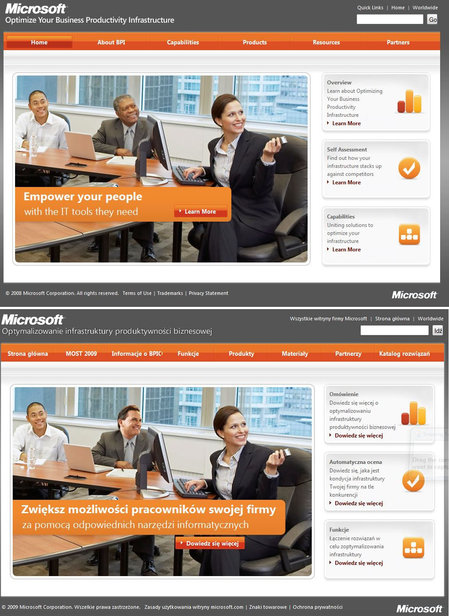 Microsoft apologizes for the racial carnage of their site images

It’s really hard appeasing people from every race present on the surface of this colorful planet. Microsoft surely got a taste of this situation after they were faced with angry tweets from users of their site. It seems that their US site showed an African American man as a part of the image, who had an Asian and a white woman seated in a business meeting. Strangely though, the head of the African American is replaced by that of a white man in the polish site. Now one of the images is tampered with, poorly in some image editing software. The evidence of this lies in the hand that is shown to be same in both images.

Well, even Microsoft cannot get away with this one. However, I feel that it’s just a bit of carelessness rather than some serious racial pranks that caused this.
[Cnet]