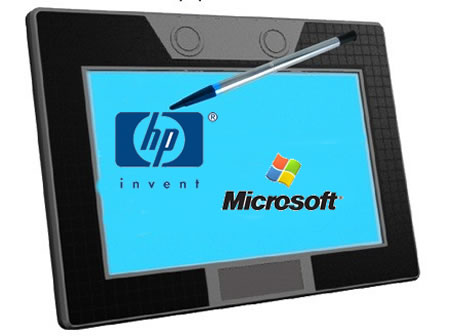 Microsoft and HP may roll out the ‘Slate’ PC before Apple does so. We heard something about the ‘slate’ iPhone or something of the sort sometime back. This all started up when Steve Ballmer of Microsoft decided to deliver some kind of a keynote on the ‘slate’ computing model of the company, that will be manufactured by HP. The catch is that this happens to be the month when Apple were supposed to roll out their ‘slate’ device.

Mr. Ballmer will surely be the center of attention as he addresses everyone, enlightening the world of what we may expect. MS v/s Apple, on a whole new turf. Nice!
[New York Times]