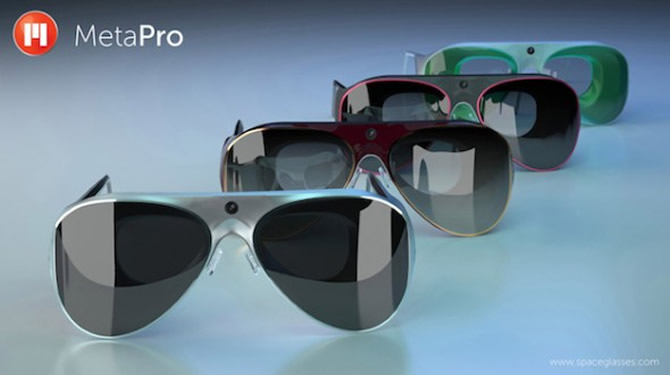 We all love the unreal and even more so, the surreal. Google Glass came along with a heavy price tag and more pomp than some could believe. But it did live up to its hype by a fair degree, with few skeptics cancelling it out for being ‘a pair of glasses with a smartphone screen attached’. This isn’t to bother folks much long though. Meta Pro Augmented Reality glasses are here to offer just the exciting experience of novelties that Google Glass may not be entirely fulfilling, among the ambitious. Instead of just displaying vital intelligent information on a tiny section of the glass, the Meta Pro uses the lens surface in all its 720p glory! The glasses are capable of tracking users’ hands in any orientation and without lag! This enables users to interact with elements in the augmented reality display.

Another advantage of the Meta Pro over the glass is the fact that it does not have to be tethered with a smartphone or be connected to Wi-Fi all along, instead it is driven with a little pocket computer that’s surely convenient to carry along. All this will be available for $3000 in March. This includes the pocket computer, rigged with a 1.5GHz Core i5 CPU, 4GB of RAM, 128GB of storage, Bluetooth 4.0 and Wi-Fi.