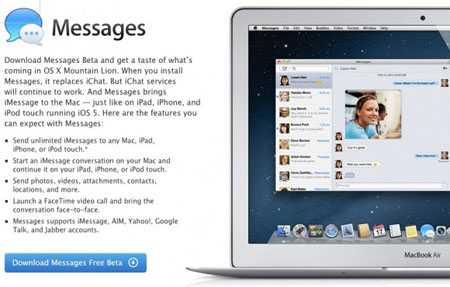 Apple’s silence on the whole OS X Mountain Lion fantasia has been eating us up. Much the reason why we’re making merry on hearing about the Messaging feature that will replace iChat, and pack support for text, images and video messaging. Other than support for Jabber, Yahoo!, Google Chat and AIM, users can also make the most of the iPod, iPhone and iPad messaging feature. FaceTime video calls are also neatly integrated in this system.

This is a great preview of things to expect when Mountain Lion makes it next year. Lion users will surely make haste in going in for this demo.
Slashgear