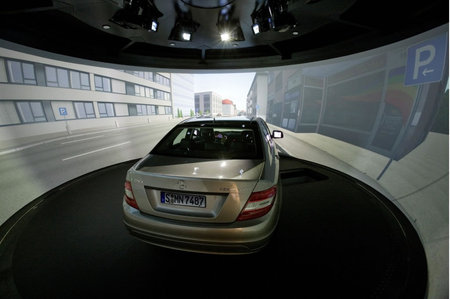 Driving simulators seem like a great way that dealerships could avoid actually allowing a prospective buyer from taking a car out on the road and risk getting it damaged. Then again these are not designed for the consumer test drives. Earlier this year, Honda announced their Driving simulator, but that’s not even in the same league as Mercedes-Benz’s new sim. It simulates full three-dimensional movement thanks to the six-legged platform it’s supported on and the giant 360-degree panoramic screen around the vehicle. Extreme transverse (side-to-side) movements are enabled by a 39-foot rail system.

A network of computers are used for tests and generate all kinds of scenarios and receive information about the driver and car reactions at 1,000 times per second. All of this will help the company come up with better solutions about improving driver and car safety and of course it’ll help build better cars. Plus, there’s no real-world danger, but that could also be a bit of a bias for the test driver though. This whole set up is actually part of a larger facility that costs about 160 million euro. Wow, at least we know these guys really care about our vehicle safety if they’re spending so much money righ? 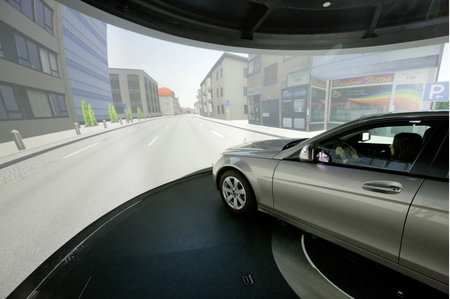 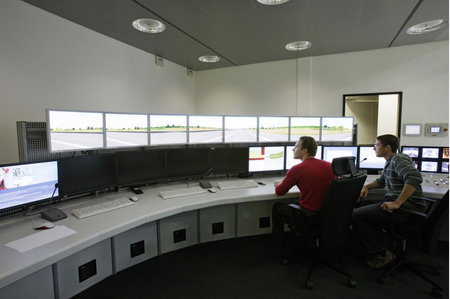