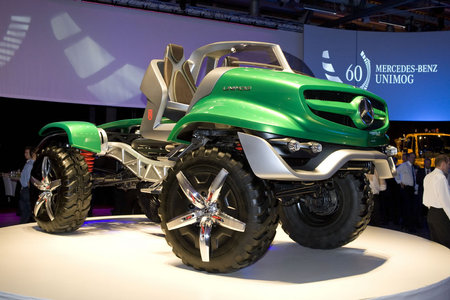 Mercedes-Benz wanted to do something exceptionally grand to celebrate the 60th anniversary of their iconic large utility vehicle. The German automobile maker created a futuristic design concept with a promise that some of the features will be replicated into commericial production. So primarily, the concept vehicle here is just to put mark its 60 years of existence since it was first unveiled after World-War II. The muscular chassis here wears bright and shiny paint but under the hood it packs the rugged capabilities of the U 5000 model. For the choice of bright green color, the designers were inspired by the poison dart frog, an amphibian who’s colors convey the warning of its toxic skin to the predators. Unimog, just like the frog, can adept to both water rand terrestrial environments.

Unimog is the German acronym for Universal Motor Machine. They are peculiarly known for its off-road capabilities and are usually used for a variety of purposes including military, civilian, motorsport, adventure sport, off-roading, and many more. 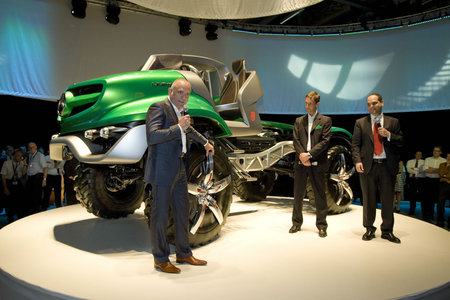