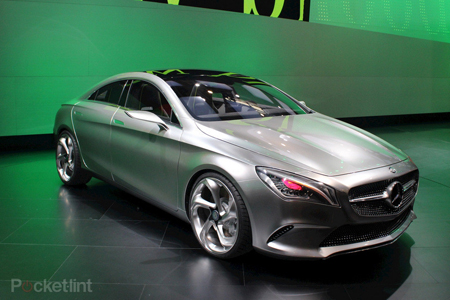 Mercedes Benz has been pampering the Chinese for a while now, and has taken it all a step further with the unveiling of its newest sweetest brainchild, the unimaginatively named Mercedes Concept Style Coupe. A concept car that could pretty much turn into a mass-produced ride, Mercedes Benz has stepped away from its primary school of design for this one. Based on the A-class, the car comes with a well-chiseled dashboard crafted to impress and Mercedes Benz’s latest Comand interface. With a 9-inch screen and loads of technology to pamper you as you drive, or simply ride shotgun, the car is a four-door, giving its competitors from the stables of BMW and Audi a lot to be nervous about.
[pocket-lint]