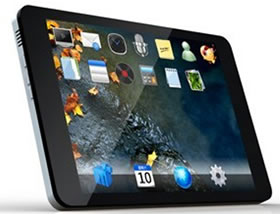 iPad clones are coming in from every direction and it pains me to see that their availability, comparatively lower cost and features almost seem to leave the original in oblivion. So here’s some food for thought. If we have something like the Chinese company Meizu pulling out an iPad clone that has 8.4 inches in size (slightly smaller), plays 1080p videos, lasts 12 hours, have a 1.5 GHz processor, 3G, GPS and high-quality media playback (Ouch! That hurts!), what does Mr. Jobs have to say about that?

If you ask me then it takes me back to the time when the iPhone came in. There were scores of clones that came in but well, people have their faith in the forbidden fruit and for some reason, I believe that’s what counts at the end of the day.
[Electronista]