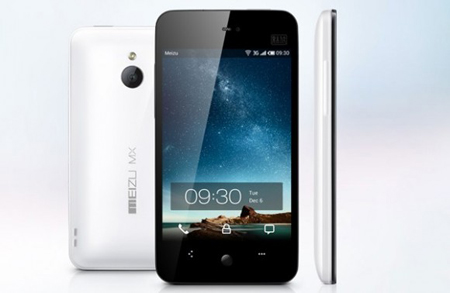 Chinese smartphone enthusiasts will finally see the light. The New Year has come in with a special arrival. The Meizu MX follows the highly anticipated and well received M9 that gave Meizu the foundation it was looking for in the Eastern provinces. The company has collected user feedback from all over the world after the engineering samples ran out. Anti-fingerprint lens, easier hardware buttons, high resolution display, Flyme OS based on Android and several other features grace the MX.

The phone was scheduled to go public only yesterday. Some good statistics and numbers are expected to follow.
Slashgear